First I will explain how this all started. I have been interested in beginning to follow a vegetarian or vegan diet for many years. Although I'm a huge fan of (good quality) meat, after watching documentaries (such as Cowspiracy and Racing Extinction) and reading more about the subject, it became clear that eating meat isn't good for the environment and isn't healthy. But I had a hard time finding a way to fit it into my life.

This all changed after I watched the documentary The Game Changers on Netflix in October this year. Although I don't fully agree with all facts presented in The Game Changers (yes, the word facts is in italics), I learned two important things. The first one is that it's actually very easy to get all the nutrients you need from a vegan diet, including proteins. The second one is that it is very good for your health. The people in the documentary only experience positive effects.

So the day after I watched The Game Changers I decided to do a 95% vegan diet, but I wanted to start with 100%, just to see if that would work. And it's actually very easy. You can get substitutes for meat in the supermarket and here in the Amsterdam area there are already many vegan restaurants. From day one I started feeling more energetic, so I immediately noticed the positive effects and those never went away. Then why only 95%? I will explain later on in this blog.

I can be short about my reasons to follow a vegan diet, from most important to less important, it's:

But don't take me wrong about animals being third, I have always cared about animal welfare. I always try to choose meat from farmers who treat their animals well. To be honest, I think they should make meat 2 or 3 times more expensive and use that money to treat animals much better. Because something is very wrong with the fact that you can buy a whole chicken for 5 euros. I mean, how can the entire life of a chicken be worth only 5 euros?

Why a diet and not the full lifestyle?

I don't believe in adapting the full vegan lifestyle for me, which would also mean that I wouldn't use other animal products, such as clothing made from leather. I don't think there is anything wrong with using products from animals, but there is something wrong with how the whole meat industry (and many related industries) works at the moment.

The most important reason I do this, is my own health. And it seems to work, because I have more energy and I feel healthier. I have to use a few supplements, such as Vitamin B12, but I'm pretty sure that before my vegan diet I should have taken some supplements as well. Many studies confirm that a vegan diet is much healthier than a normal/common diet with meat and fish. But there are also a lot of studies that will tell you that eating a little bit of fish from time to time is even healthier and will further decrease the chance on heart diseases and many forms of cancer. And because I'm doing this for my health, I decided to add a little bit of fish to my diet. But I try to avoid meat, especially red meat. I think almost everyone agrees that red meat is usually not healthy.

Why vegan and not vegetarian?

Well, I don't see the benefits of adding dairy and eggs to my diet. I can get the nutrients from non-animal products as well. Also, there are many studies especially about dairy that suggest that it's not as healthy as we used to believe (but getting enough Calcium can be a challenge). And I think there are many things wrong regarding animal welfare in those industries as well. So following a vegan diet instead of a vegetarian diet is more appropriate for me.

How I make it work and what I eat

For breakfast and lunch I almost always eat bread. I eat peanut butter a lot (mostly for proteins), but also other products, as long as they're vegan. Another favourite option is tomatoes with some salt, pepper and vegan mayonnaise. It's not hard, almost every household probably already has vegan breakfast options.

For dinner I usually have a meat substitute (such as a vegan schnitzel or vegan hamburger), with some potatoes and some veggies. Or I make something with rice or Italian pasta with veggies and a meat substitute.

I'm not really a sweet tooth, so my favourite snacks are more savoury things, such as crisps or nuts (peanuts, walnuts, cashew nuts). Or an apple or banana. Funny fact, I didn't like apples, but since I do this vegan diet I started eating them and now I do like them.

When I'm going out I try to find a vegan restaurant, or a restaurant with vegan options. And because I'm doing the diet 95%, I have eaten (non-vegan) sushi once and fish (yeah I admit it honestly). Both at places that did have vegan options actually, but I chose to eat fish because I like fish and because of the health benefits. But if they don't have anything vegan on the menu, just ask the restaurant staff and they will probably create something for you. Many vegetarian meals can be changed into a vegan meal by simply removing dairy or cheese.

For me, this works really well. Even the first month as 100% vegan was mostly without any problems, although that first month I had some trouble finding places to eat when going out. But now I know how to look for vegan restaurants, or just ask for a vegan option. And I feel much better compared to when I ate meat (and a lot of junk food). I'm not sure if my energy is improved because I stopped eating meat, or because I started eating much healthier in general. But this works, I'm happy, so 95% for me is fine. And it's very beneficial to the environment.

If everyone would try this, even for only 50%, it would be very beneficial to everyone's health (which means happier life and lower healthcare costs) and to the environment (which also means happier life and lower healthcare costs). So I hope this blog will help you to try a vegetarian or vegan diet as well. If you have any questions, feel free to ask them! 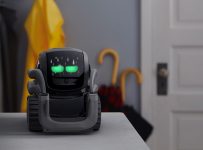 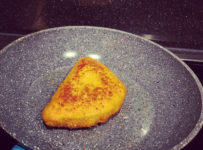 Fields of heather in full bloom in the Netherlands

The only disadvantage of this car is that you have

This food makes my body happy. Probably because I

When the view from your own bedroom feels like a v

theawesomedick
This error message is only visible to WordPress admins

There has been a problem with your Instagram Feed.