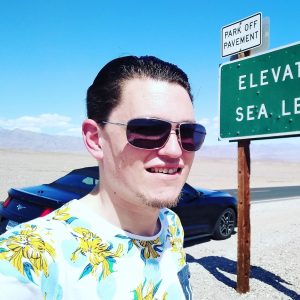 My name is Dick Tump, I'm born in 1985 in the Netherlands. I started this blog to share useful information I come across in my life, from tech tips to things about cars and travelling. I'll tell a bit more about some specific subjects below.

I started using Linux when I was 13 years old. I bought a set of CD-ROM's and the first distribution I've been using for a while was Red Hat 4.2. This was the old Red Hat, not the new Red Hat Enterprise Linux. After a while I switched to Slackware for server use. I actually liked the fact that it was very light weight and I customized it a lot, for example build my own kernel, Apache and PHP. I did make scripts for those things, so the builds were always the same on all servers. I think it was an advantage that Slackware didn't have a very useful package manager. But it was not so easy to update and manage. Later on I switched to FreeBSD for server use (which isn't Linux and still wasn't really easy to manage in terms of installing updates). At the moment I prefer Ubuntu LTS releases and CentOS.

My work life is mainly about web and server hosting. I started my own hosting company when I was 15 years old. After this I moved to the east of the Netherlands and started working at Shock Media in Almelo, where my career advanced to being a team lead of system administrators. But I still love Linux and tech, so I prefer to spend most of my time in terminal sessions 😉 In 2019 I changed jobs and started working at Schuberg Philis near Amsterdam, where my job got more technical again.

Tech is just awesome. From playing with Arduino, to self driving cars, there are unlimited possibilities with computers and all technology surrounding the computers. 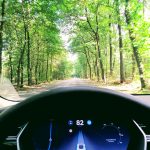 After getting my driver's license I began to understand why driving and cars are so much fun. After being a petrol head with a love for special cars (I have owned cars such as a Corvette C4 from 1986 and an Alfa Romeo 156 GTA from 2004), Tesla triggered my interest in EV's with their Model S. You can read more about that in my blog post About electric cars (from a former petrol head). 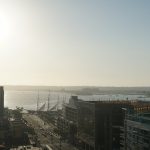 I like to travel. But important part of the hobby is to get there as cheap as possible, while still having some luxury. So I enjoy buying 10 euro plane tickets and then have a room in a nice hotel with some discount. But sometimes you just have to spend $200 on a San Diego hotel room at the top floor, so you have a view over the bay. I like to do road trips and to fly to cities. Unfortunately because I'm becoming more and more aware of the environmental impact, it's hard to justify flying simply because it's so inexpensive.

My main life goal is just to be happy. This sounds simplistic, but I don't care too much about what I do and what I achieve in life. If you're not happy, you can't enjoy your achievements and all materialistic things. So number one is to be happy.

My second goal is to have a focus on sustainability. This is something I enjoy doing. I discovered this in the past few years, mostly after leasing the first Tesla Model S in 2014, which opened up my eyes that a sustainable lifestyle can be fun as well. Projects I like to do is to pick a specific part of my behavior (for example holidays or the things I buy from the supermarket) and find more sustainable alternatives that are just as good or often even better!

The third one is that I'd like to live in another country for a while. I don't know which country, but I just would like to have this adventure in my life. I know I'm going to miss a lot of things from the Netherlands, so I will probably be back in a year or so. Which is not a problem, because that doesn't make me enjoy my adventure any less.